Delivery of single spools are impacted due to Royal Mail strikes. We encourage customers to use an alternative delivery option.Read More 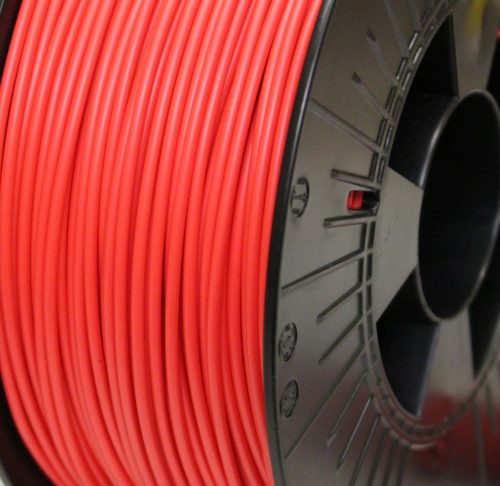 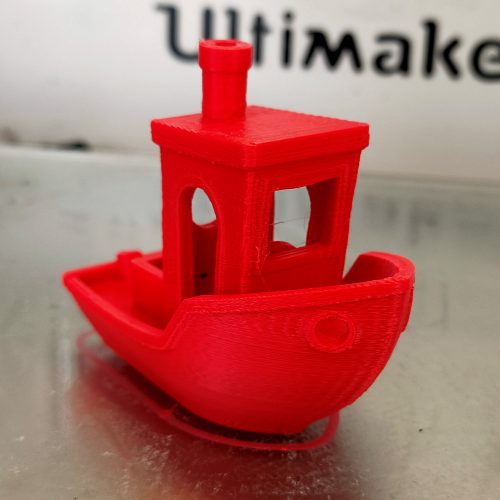 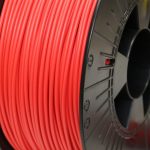 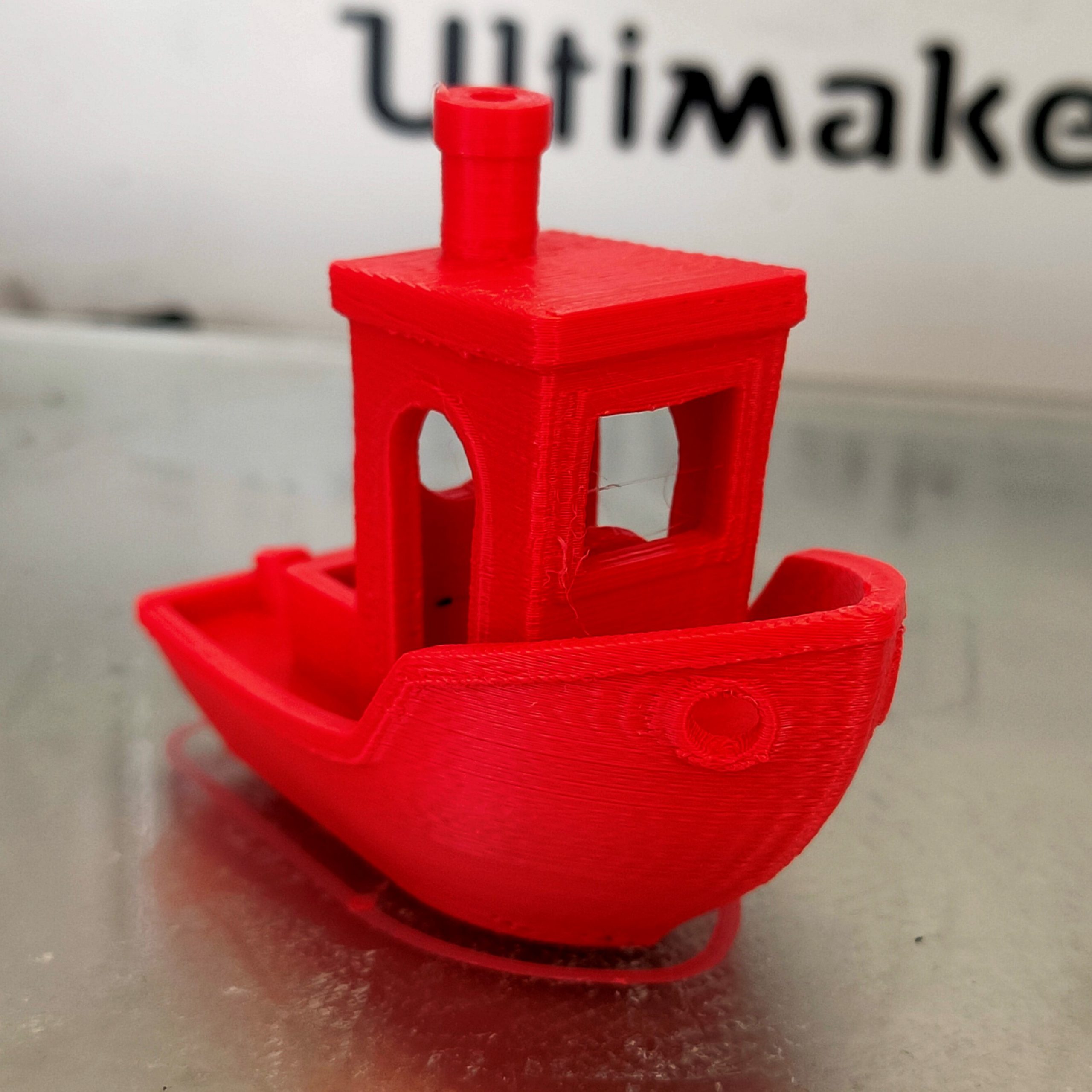 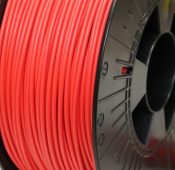 FILAPRINT PLA X3 is perfect for printing speeds of > 120mm/s, allowing you to be more efficient and save valuable printing time. Users who are generally used to printing with ABS now have a bio-based alternative material with all the advantages of ABS and none of the disadvantages such as shrinking, delamination or warping.

Due to the composition of FILAPRINT PLA X3 the material is already highly crystalline after printing, which increases the stiffness of the material at higher temperatures. When you combine this with the additional *annealing process, the FILAPRINT PLA X3 material reaches a HDT (Heat Deflection Temperature) of 95°c+. In addition, compared to other high temp. resistant PLA types FILAPRINT PLA X3 has the USP of negligible small shrinkage after annealing (the dimensional accuracy is superb).

FILAPRINT PLA X3 has been specifically engineered for industrial applications where you want an easy to print filament with high mechanical properties. Objects that are printed with FILAPRINT PLA X3 will have a semi matte finish which not only looks great but helps conceal layer lines.

FilaPrint PLA X3 can be annealed:

What exactly is annealing: The annealing of plastics can be defined as a secondary process wherein a plastic object is brought to a certain temperature, kept there for a time, and then cooled to room temperature. The primary reasons for annealing a plastic object include the reduction or removal or residual stresses and strains, dimensional stabilization, reduction or elimination of defects, and improvement of physical properties. Plastics are generally bad at conducting heat. This means that when an annealed object is cooled down too quick the annealing process will be disturbed which in turn re-introduces stress in the object. This can lead to deformation, shrinkage and / or other unwanted results. Potential issues can be prevented by taking care that the annealed object cools down slowly.

How to anneal: Annealing objects made with PLA-X≥ is not difficult but has to be done properly for the best results. We have done a lot of tests and believe weve found the right settings to achieve success every time. 1. Pre-heat a convection oven at 110°c / 230∞F (use a thermometer to calibrate the exact temperature) 2. When the oven is pre-heated, quickly put your printed object (tip; Keep the supports attached) in the oven and start a timer. We recommend placing the object on a flat aluminum sheet or similar. For small objects with thin walls & medium infill set a 20-minute timer For large objects with thick walls & medium infill set a 60-minute timer 3. When the object is done annealing, do NOT remove the object, but instead just turn off the oven. Now wait for the oven to cool down to room temperature. Please be patient as this can take a while. 4. Remove the object from the oven (remove the supports) and now you have a perfectly annealed PLA-X≥ print. A higher infill percentage while printing with PLA-X≥ will result in even less shrinkage during annealing. During the annealing process, the already high crystalline PLA-X≥ material will (rapidly) crystalize further. In practice, this means that PLA-X≥ will become extra stiff at high temperatures. The material has been developed for dimensional accuracy both before and after annealing which explains the low shrinkage that you will experience when working with PLA-X≥. 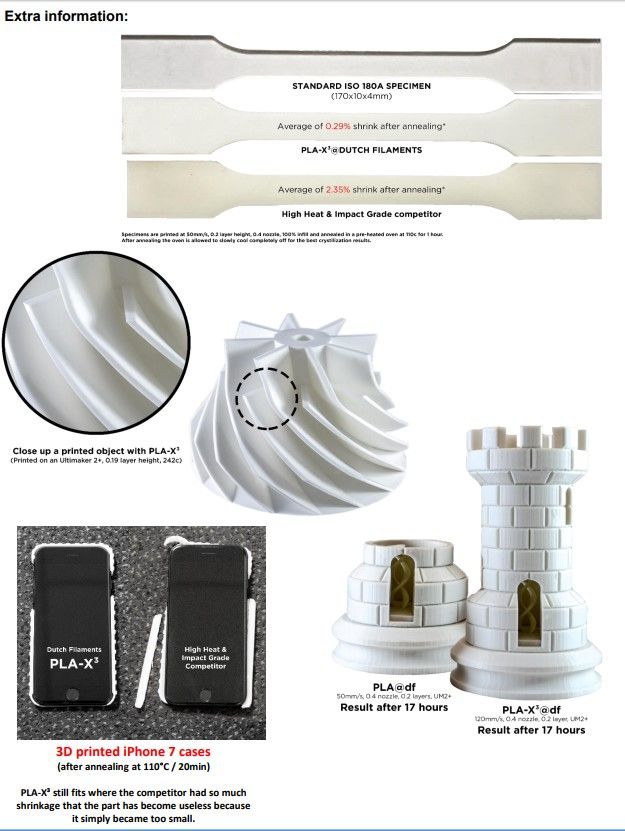 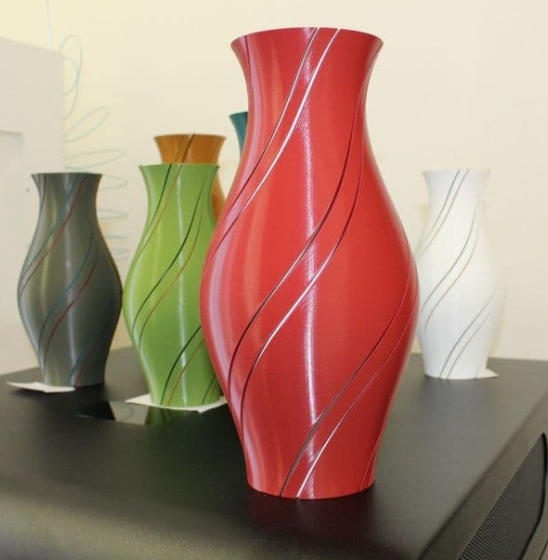 PLA is easy to print, at low cost. Non-toxic and Eco friendly. A perfect starting point for people new to 3D printing.

PLA is created from all-natural renewable resources, and under the correct conditions, is fully biodegradable. This material is typically used for prototypes or decorative prints; Due to the low temperatures and ease of use, features tend to print sharper and more detailed. Its non-toxic nature means that it can be printed for food and medical applications if done so from a sterile and sanitized environment.
However, PLA prints are prone to snapping and breaking under pressure, and become damaged and discolored from high temperatures and prolonged exposure to sunlight or water.

Temp may vary on brand

Temp may vary on brand

There are no reviews yet.

We use cookies on our website to give you the most relevant experience by remembering your preferences and repeat visits. By clicking “Accept All”, you consent to the use of ALL the cookies. However, you may visit "Cookie Settings" to provide a controlled consent.
Cookie SettingsAccept All
Manage consent

This website uses cookies to improve your experience while you navigate through the website. Out of these, the cookies that are categorized as necessary are stored on your browser as they are essential for the working of basic functionalities of the website. We also use third-party cookies that help us analyze and understand how you use this website. These cookies will be stored in your browser only with your consent. You also have the option to opt-out of these cookies. But opting out of some of these cookies may affect your browsing experience.
Necessary Always Enabled
Necessary cookies are absolutely essential for the website to function properly. These cookies ensure basic functionalities and security features of the website, anonymously.
Functional
Functional cookies help to perform certain functionalities like sharing the content of the website on social media platforms, collect feedbacks, and other third-party features.
Performance
Performance cookies are used to understand and analyze the key performance indexes of the website which helps in delivering a better user experience for the visitors.
Analytics
Analytical cookies are used to understand how visitors interact with the website. These cookies help provide information on metrics the number of visitors, bounce rate, traffic source, etc.
Advertisement
Advertisement cookies are used to provide visitors with relevant ads and marketing campaigns. These cookies track visitors across websites and collect information to provide customized ads.
Others
Other uncategorized cookies are those that are being analyzed and have not been classified into a category as yet.
SAVE & ACCEPT
Powered by