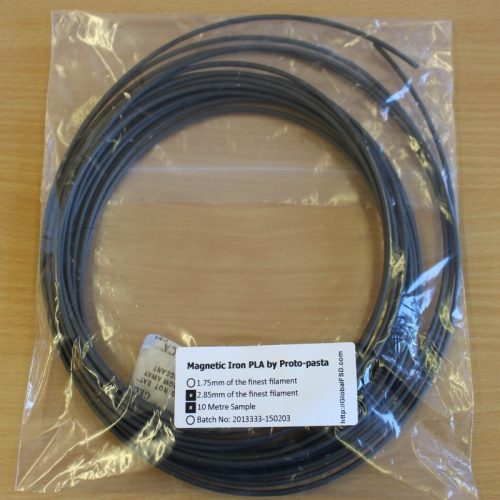 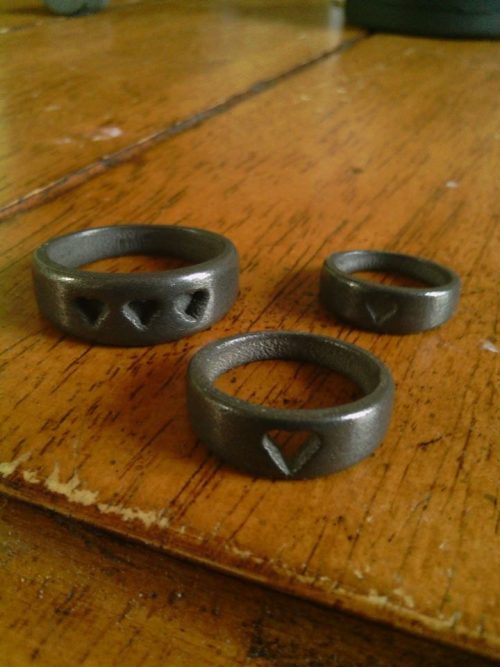 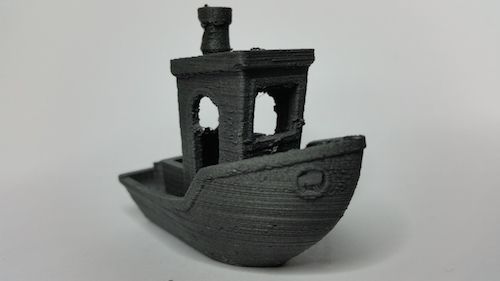 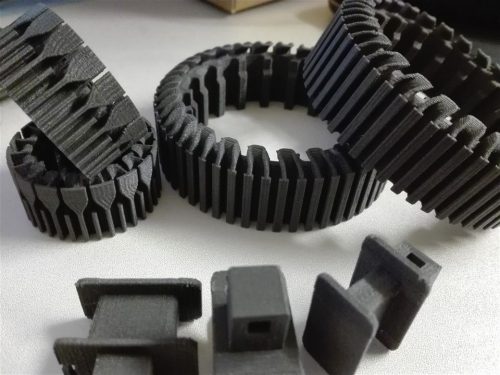 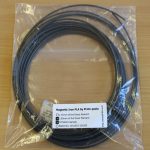 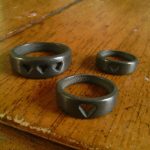 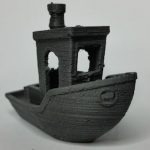 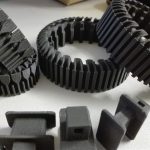 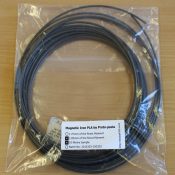 5 & 10 Metre samples of 2.85mm Magnetic Iron PLA Filament. A perfectly blended combination of 4043D PLA from Natureworks and finely powdered iron. Now what can you print with this? More exciting information inside! FREE Delivery via Royal Mail 1st class for sample orders

Proto-pasta Magnetic Iron PLA – as its name implies – responds to magnets and behaves similarly to pure iron, even to the point of rusting! Magnetism opens up a new world of practical applications and fun creations, and is an especially great choice for costume pieces and props! What is it made out of?Proto-pasta Magnetic Iron PLA is a compound of Natureworks 4043D PLA and finely ground iron powder. In filament form, it is rather brittle, and should be handled with care to avoid breakage.Magnetic vs. FerromagneticIron is defined as magnetic but it is, more accurately speaking, ferromagnetic. That means it is attracted to magnetic fields. In short, magnets stick to it. So, you should note that magnets stick to prints made from Magnetic Iron PLA, but printed objects will not function as magnets. We call our material Magnetic Iron PLA to communicate that this material allows users to include the added benefits of magnetism when designing and printing 3D objects.Could I magnetize my finished prints?We haven’t tested this ourselves, but it makes sense that thin prints could be magnetized by rubbing them 10-100 times across the positive side of a large magnet. Ferromagnets will tend to stay magnetized to some extent after being subjected to an external magnetic field due to a fascinating process called hysteresis.Permanent magnetism requires the use a strong electromagnetic coil (around 2 Tesla), but that process would melt your print, so as awesome as it sounds, don’t try it. Is It Stronger?No. The strength of Proto-pasta Magnetic Iron PLA is similar, and likely somewhat less, than the strength of standard PLA. The iron in the filament is too finely ground to provide an increase in overall strength.Is it conductive?No. The iron is too small and separated by the PLA to offer any noticeable amount of conductivity. You should try our Conductive PLA!Rusting Magnetic Iron Prints

To rust a print made with Magnetic PLA, lightly abrade the surface of your print with a wire brush to expose more iron particles to the air, then submerge the print in a salty solution for 2-3 days (or longer, if you’re going for a very rusty look!).Spool Amount: Density vs. Length3D printer filament is sold in grams /kg, even in the case of exotic materials with greater density. Our Magnetic Iron PLA is quite dense compared to standard PLA. As a result, a 500 g spool of Magnetic Iron PLA contains about 100 meters of filament, vs. nearly 200 meters on a 500 g spool of standard PLA.Printer SettingsProto-pasta Magnetic Iron PLA prints at similar temperatures as standard PLA, though we have found it seems to like it about 10 degrees cooler than what we usually print PLA at. Quick cooling seems to increase the tendency to warp, so you might try turning your fan off and slowing your printer down a bit. Experiment and see what work best with your machine.Density:1.8 g/cm3 (1800 kg/m3)Parameters:Bed Temp (if available, is not required): 50? CHot End Temp: 185 195? C
If you are new to exotic filaments, the team at Proto-Pasta have some great tips for you.

All information provided courtesy of Proto-pasta

There are no reviews yet.

We use cookies on our website to give you the most relevant experience by remembering your preferences and repeat visits. By clicking “Accept All”, you consent to the use of ALL the cookies. However, you may visit "Cookie Settings" to provide a controlled consent.
Cookie SettingsAccept All
Manage consent

This website uses cookies to improve your experience while you navigate through the website. Out of these, the cookies that are categorized as necessary are stored on your browser as they are essential for the working of basic functionalities of the website. We also use third-party cookies that help us analyze and understand how you use this website. These cookies will be stored in your browser only with your consent. You also have the option to opt-out of these cookies. But opting out of some of these cookies may affect your browsing experience.
Necessary Always Enabled
Necessary cookies are absolutely essential for the website to function properly. These cookies ensure basic functionalities and security features of the website, anonymously.
Functional
Functional cookies help to perform certain functionalities like sharing the content of the website on social media platforms, collect feedbacks, and other third-party features.
Performance
Performance cookies are used to understand and analyze the key performance indexes of the website which helps in delivering a better user experience for the visitors.
Analytics
Analytical cookies are used to understand how visitors interact with the website. These cookies help provide information on metrics the number of visitors, bounce rate, traffic source, etc.
Advertisement
Advertisement cookies are used to provide visitors with relevant ads and marketing campaigns. These cookies track visitors across websites and collect information to provide customized ads.
Others
Other uncategorized cookies are those that are being analyzed and have not been classified into a category as yet.
SAVE & ACCEPT
Powered by